HOW TO AGGREGATE VIDEO?

In times when watching movies does not particularly path the way through our living rooms to the TV set, all operators and video providers need to acquire a new strategy. From now on, they follow their viewers; waiting for the viewers to sit on the couch out of boredom is ceased once for all. Netflix understood the change and its productions gleam in the evenings on screens of over 133 million household globally. How to catch up with the titan? Video aggregation. People have gotten already accustomed to OTT platforms, and now they search for more interesting content – not only this from Netflix.

Video aggregation is lying before all video market participants as an unprecedented opportunity. It stays in line with the biggest players regardless their position or technology because it plays on our impatience for installing multiple apps we need to subscribe to just to watch one episode of a series on each. So we do not care if we get the video we love from a specific provider – we only want to know who will got killed or cheated on in our fav show. From the platform we expect it to be smooth, reliable, quick and intuitive. When smart recommendation algorithms step into the progress of choosing the content we want to watch, it is all we need… Great and planned User Experience. How to aggregate such content on the platform effectively to meet the viewers customs? The first step – follow them…

First, in thinking of designing any OTT platform is answering who will use it. When we know the target audience, the next step leads to doing anything a UX designer can to make using the platform seamless for them.

And again, all is easier then we could presume. At least at first sight…

Today we use different devices, each of whom works in a different operating system. The key is that those systems – Android, iOS, Android TV, and others – got shapes from their users. Before the last version of any of them we use now, they have come a long way of modifications and improvements within UX&UI. What sense, then, in changing their interface if they are what users really expect? Any aggregating OTT platform should be based on the human interface guidelines which had once become an inspiration for OS designers and later was learned by the users. Dragging the return arrow to a different corner of the screen is not an option, then. User Interface must be concise with what we already know because learning is not what we want to do while choosing a movie…

Flexibility in this case means that the core of the platform should be so universal that switching all the software plugs runs easily and might be accustomed to different operating systems’ UIs so that the users do not see the difference – transition from version one of the platform to version two is thus seamless. And operators can be present on various operating systems regardless their incompatible environments. 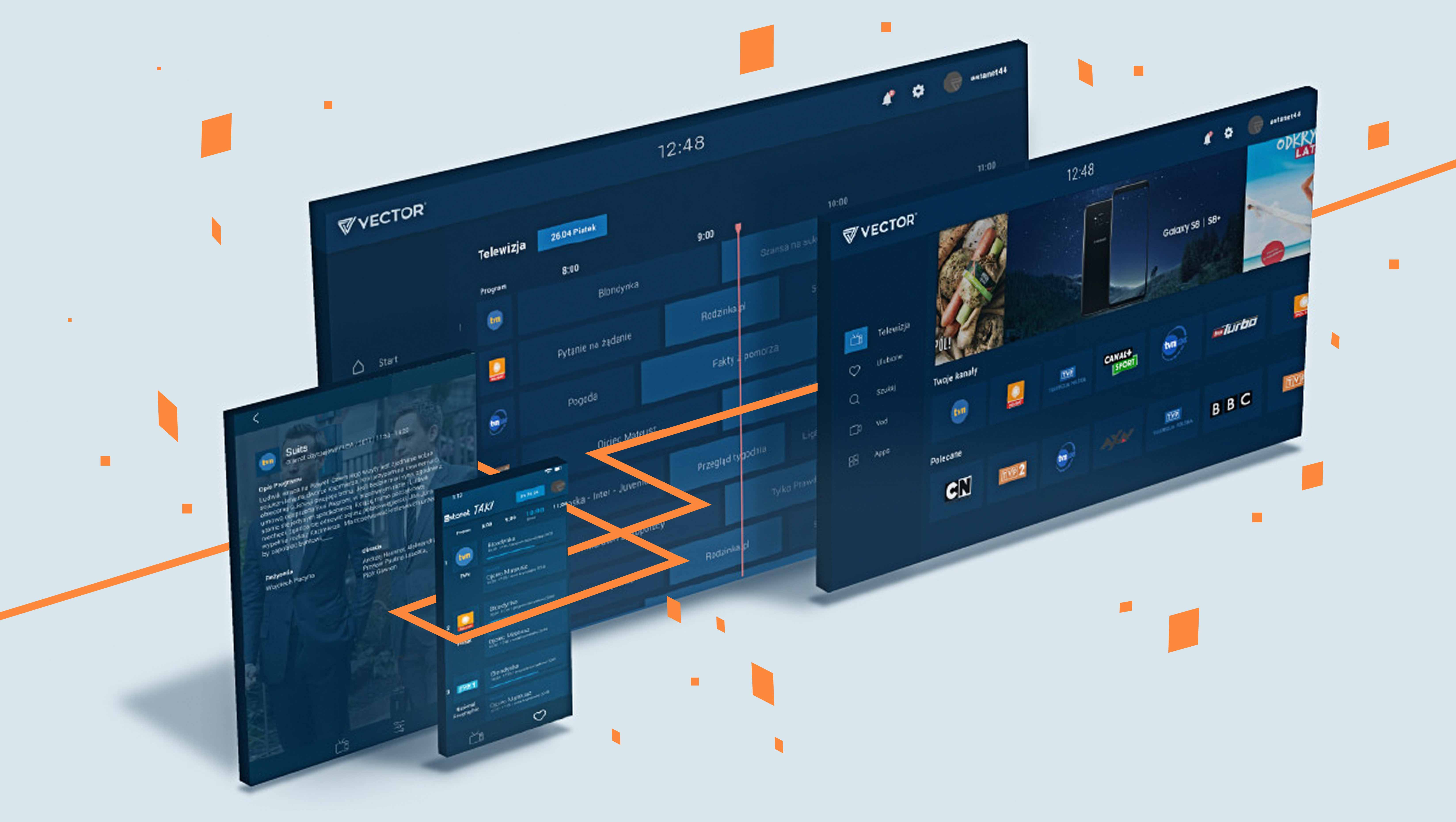 Any aggregating OTT platform should be based on the human interface guidelines which had once become an inspiration for OS designers and later was learned by the users.

To make the old system suitable for today’s digital needs does not mean a revolution. On the contrary, with a strategy to set off aggregating video with taking an already existing tech environment as the referral point works in favor for the operator. It could seem that all the legacy technology and solutions will weigh down implementation of anything new. But not in this case. That was only by now that an operator wanted to shape platform and influence UI and UX and they met anytime the wall raised by the STBs vendors. Today, however, you first listen to the users, next make the platform to suit their customs and behavior, and then you design it – on all screens. User Interface and User Experience have to be consistent everywhere, so in and of themselves they cannot prioritize the legacy STBs while the rest of the screens work in totally different mechanisms.

No matter what lay below, now it might be covered with such solutions like IPTV or content various encryptions (Widevine, FairPlay, Conax, etc.). Thanks to the backend of today’s video integrators and their hardend, switching from pay-tv compares to merely changing the track an operator has rolled on so far. It doesn’t mean cutting off the existing customers, but taking the new ones on the new track and let the old do the same without seeing a difference.

The difference, however, gets the one who has been delivering the content. Just imagine coordinating daily operations without sending the service staff to the viewers’ houses but doing it from the tech support at the premises of the company!

Customization of the platform refines experience

Having a unilateral UI and UX make all screens modulable and flexible. No discussion. But moving the whole mechanism to the software which works on smart cooperation with the hardend and backend gives also one more facility besides seamless integration – customization.

And it does not take customization only to the layout and visuals (which is, of course, a key element in brand image still) but also algorithms which position channels and video in line with what an operator says is important to the viewers. Aggregating content allows for gathering what is interesting for a person sitting in front of a screen so they are not condemned to the limited offer of one producer. It even allows for recommending local channels, like: local news, local TV or other specific programs, because one aggregates for the users no matter the box office of big productions.

Moreover, thanks to the solution of IPTV and hybrids, an operator stays in constant contact with the viewers. And it goes beyond the call center. Anti-churn tools present highly attractive in this setting as it takes a mere click to communicate with the subscribers and send them best birthday wishes or gifts.

User Experience of the operator

OK. But wat about the UX and UI of the operator? How to manage the new environment and platform and all the new mechanics? By putting forth simply an API that allows the old systems to manage the new? Yes. Because User Experience is about simplicity on all stages – not only for the customers. And a really good OTT platform should be updated all the time, so if there is a need, for instance, for the marketing department to have a flexible panel with drag-and-drop tiles, intuitiveness of the system must allow for creating such an User Interface also for the operator’s side.

At VECTOR X LABS we know how to integrate the OTT platform with the existing operating systems, how to customize the experience of some users living in their own specific setting and how to make the management simple for the operator. We offer end-to-end solutions with the tech support and minimal engagement during implementation thanks to our API know-how which allows us to create the platform while still keeping the prior technology. For all this, we created MAVI – our smart video platform based on Android TV that aggregates video from various providers. Choosing the movie has now become non-existent. Let’s watch the content we love.